Call for Boiler Repairs If You Notice These Signs 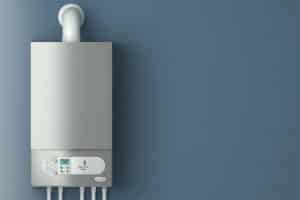 If the boiler is making a deep rumbling sound, thatbs called kettling. Kettling is the result of water being trapped in the heat exchanger of the boiler for longer than it should be, usually due to limescale buildup on the inside of the system. Contrary to what you might think, most boilers are not actually supposed to boil water. When the water gets trapped in the heat exchanger for that ling, it boils and evaporates into steam. The rapid expansion caused by the water evaporating puts an immense amount of pressure on the boiler pipes, which is what that rumbling sound is. Donbt worry, your boiler probably isnbt going to explode or anything. Most boilers do have failsafebs that will shut them down once the kettling gets bad enough, though, so youbre likely going to need to call for repairs sooner or later anyway. Better to do it sooner, before the issue has a chance to get any worse.

Leaks of any kind are pretty high on the list of bad signs, as far as water-based systems are concerned. If you notice a leak of any size anywhere on your boiler, you should definitely call for repairs as soon as you can. Depending on where the leak is located, it could eventually cause other issues leading to a partial or complete replacement of the system. Donbt let that happen to you.

If your boiler doesnbt seem to be heating as well as it normally does, thatbs cause for concern. Low output could be caused by a number of different issues, including a clogged burner assembly or limescale buildup. It could also be due to an issue in the pipe network running throughout the house. You might have a leak or partial blockage in one of the sections that serve a part of your house. This often manifests as a cold spot in one area of the house, while the rest of the house seems to be receiving heat normally. If you notice any kind of low heating issues, you should have a technician check out your boiler as soon as you can.

Comfort Central, Inc. provides boiler services in Asheville, NC. Contact us today to schedule an appointment with one of our professional technicians. Webll make sure your boiler is up to the task of heating your home this season.

We Go Above & Beyond

At Comfort Central, our goal is not to have just one-time customers - we want to earn customers for life, so there’s never a question of whom to call.